Prophet Muhammad PBUH has stated that, “It is a place beyond wherefrom no one can proceed to Makkah to perform Hajj and Umrah without putting on the Ihram; otherwise, he shall have to sacrifice.” Here is everything you need to know about the five stations of Miqat and its importance in Islam.

Meaning “a stated place”, Miqat is the boundary where it becomes necessary for pilgrims to intend the Ihram habiliments and prohibited to pass except the state of Ihram. Therefore, Muslims who cross the border without entering Ihram must perform an animal sacrifice as atonement. 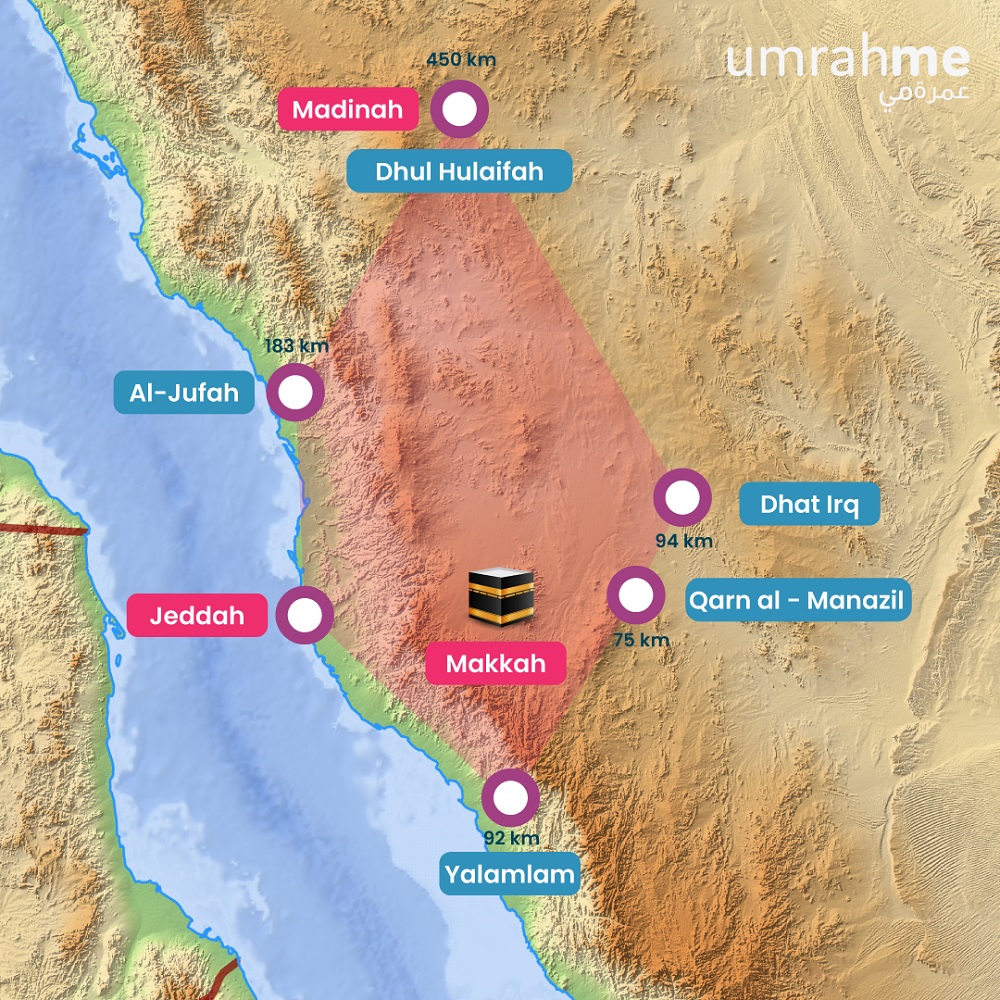 Dhul Hulifah is 18 kilometers of Masjid al-Nabawi in Madinah and is 410 kilometers north of Makkah for the people of Madinah.

Al-Juhfah is 182 kilometers (113 miles) northwest of Makkah. It is the Miqat for travelers from North America, Europe, Turkey, Syria, Egypt, Algeria, Sudan, and several other African countries.

Qarn al-Manazil is 80 kilometers east Makkah. It’s for the people of Najd and for those who travel from other countries such as the U.A.E, Oman, Pakistan, Australia, Malaysia, Singapore, and it exists near the city of Taif.

Dhat Irq is 90 kilometers northeast of Makkah. It is the Miqat for people from Iraq, Iran, China, Russia.

Yalamlam is 100 kilometers south of Makkah. It is the Miqat for the people of Yemen and the south. Also, travelers from countries such as South Africa, Nigeria.

Top Reads on Umrah Going to Umrah with Kids: Be Well Prepared

How to enter Ihram during your flight?

People who travel from all around the world to Makkah to perform Umrah cross miqat in the air. However, Miqat from Jeddah for Umrah is distinct. Also, Al-Hill is the area of Miqat. For instance, Jeddah, Al-Janun, and Taneem are within this area. Moreover, pilgrims who live in these areas must intend the state of Ihram before entering the boundaries of Haram. Thus, those who live in Jeddah wear Ihram from their home as their home is the Miqat for Jeddah residents. 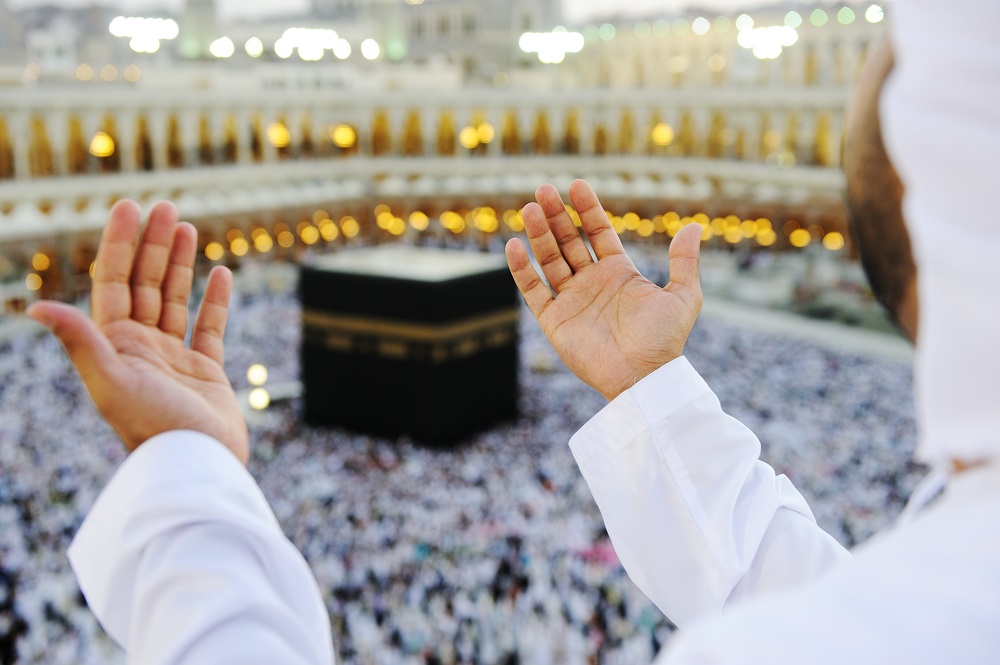 The sound judgment of the legitimacy of these Miqats highlights glorifying the Holy House of God. Moreover, the significance of Miqat is to avoid all prohibited actions and deeds. Also, encourage Muslims to focus on Umrah and piety. Ultimately, the multiplicity and the differences in its positions are a mercy from God almighty to Muslims and keep hurt and weariness away from them.

Book your Umrah trip in a matter of minutes with Umrahme 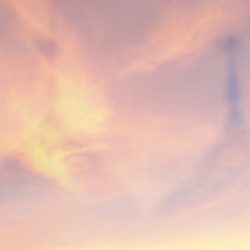 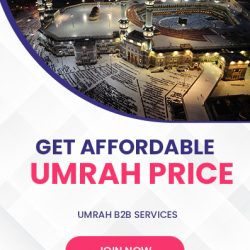