Are you wondering about the latest Umrah updates and what will happen next after Umrah and Hajj were suspended for almost a year?

Are you worried about the health and security precautions carried out by the hotels and facilities in the Holy Land after the pandemic?

Are you aware of the list of rules and regulations you should abide by during your Umrah?

Umrahme conducted a phone interview with Mr. Hatem Khattab, Director of Revenue Department at Makkah Hotel and Towers. To understand the latest updates on Umrah and pilgrims after the gradual comeback that was announced by the Saudi government last October.
We also asked about the repercussions of the Covid 19 pandemic on touristic facilities and the measures that have been taken to rise again after this crisis, which shook our world.

“In the beginning, I would like to compliment you on Umrahme platform and its efficiency and effectiveness which facilitated the reservations and saved a lot of time and effort for companies and 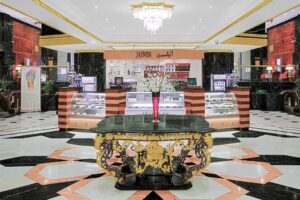 customers.” Mr. Khattab commenting on Umrahme.com competence and ease of use.

Question: As businesses and individuals suffered the most during the pandemic, What were the measures taken during those difficult times, to survive and stay on the map while keeping your staff and teams on board?

Answer: At the outset, I would like to emphasize the prominent and distinguished rank of our facility Makkah Hotel and Towers among others due to its location and view of Al Haram. However, in March 2020 when the government hastened to close aviation, Umra, and prevent entry to the country, the flow of visitors and pilgrims declined drastically before closing completely in the lockdown, which of course led to great losses.

And while we are at it, I would like to commend the urgent intervention of the Saudi government to confront this pandemic and appreciate the early closure of the Umra, despite its significant negative repercussions on hotels and the Kingdom’s economy in general, but it was an effective measure to protect lives and placed the safety and health of individuals above any other considerations. 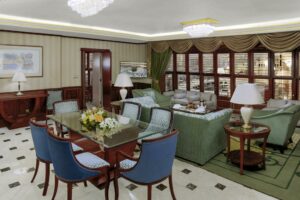 With regard to the precautionary measures: A list of these measures was received from the Ministry of Health, abiding institutions to follow, also an internal committee was formed headed by Mr. Saad Al-Khayyat, Cluster General of the Hotel & Towers in coordination with the Ministry to ensure the commitment of the facility and the workers to follow the list word for word over the 24 hours. On our part, we also made sure to clearly publish and post the precautionary measures lists in all places inside the hotel and put a thermometer at all entrances.

As for preserving the workforce – once again the management bore the salaries of Team members which greatly helped to preserve our staff during the pandemic and downtime.

Question: How do you evaluate the measures taken by the Ministry of Hajj and Umrah to ensure the safety of visitors and pilgrims?

Answer: More than wonderful and the evidence for this is that the numbers of infections have gradually decreased, reaching in Makkah to zero cases on some days, which proves the great role that early closure played in controlling the spread of the virus. 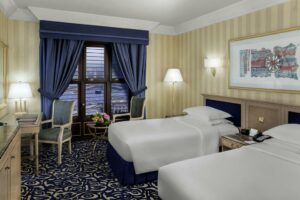 Question: Assuming I am one of the pilgrims, what are the guarantees on the part of your facility, Makkah Hotel, and Towers, that obligate all visitors and guests to follow the precautionary measures announced, and what is your reaction to those who deliberately deviate from these rules?

Answer: This is a very important question, as we, a pioneering institution in Makkah, but the health and safety of our visitors first, and that is why we made a documentary video for the customer’s journey from entering the hotel to the moment of departure highlighting how the precautionary measures are applied in a strict manner. We also published an online poll for all visitors to evaluate their stay, which ensures a great deal of transparency on our part, and we got very positive responses, that led to a great turnout internally by Saudi citizens and Umrah performers due to our great success in implementing the recommendations of the Saudi Ministry of Health. And as we mentioned previously, we use thermal cameras to monitor the temperature inside and outside the hotel, in addition, to thorough sterilization of the guests’ belongings and all the amenities inside the rooms. 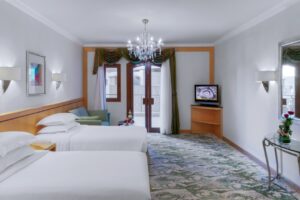 In the event that a guest deliberately breaks the listed rules and procedures, the official authorities shall be notified immediately to take the necessary action.

Question: From your point of view, what are the challenges still facing the return of the flow of pilgrims to Makkah and Madinah – and how can these challenges be conquered if the state of anxiety and travel concerns continues after the pandemic?

Answer: First, let me assure you that the occupancy rates up didn’t come back to normal or even to a satisfactory level up till now, The rates are actually too low compared to last year. We are in a crisis with a blurry vision of the future, so nothing can be expected, however, it can be relatively overcome by:
The presence of safe institutions that apply the precautionary measures strictly, as the safety factor is now the most important for travelers and guests.

Adopting new regulations for Umrah based on a medical report.
Producing the vaccine and making it available to everyone everywhere.
These factors combined will contribute to a clearer vision of the future of Umrah during the next six months.

In a separate context, I would like to thank your team for the respectful effort in surveying the opinions of tourism and hotel experts in order to alleviate the general state of anxiety and focus on the positives after the gradual return of Umrah.

In the end, we thanked Mr. Hatem Khattab, Director of Revenue Department at Makkah Hotel and Towers again for his time and the valuable statements he gave to us, which we aim to follow up on with Umrah’s latest news and highlights through Umrahme’s partners and leading tourism institutions within the Kingdom. 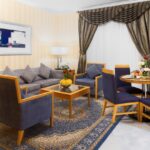 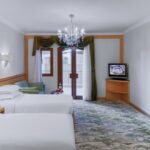 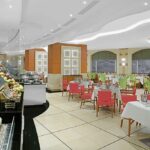 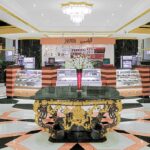 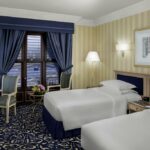 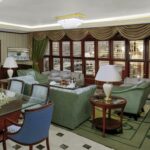 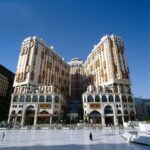 Tags:
Previous Article
12 Must See Attractions in Makkah and Madinah
Next Article
An Intriguing Interview with a Prosperous Umrah Service Provider in the Gulf

An Intriguing Interview with a Prosperous Umrah Service Provider in the Gulf
umrahme Team February 13, 2021