Abu Bakr: The Companion, the Trustful, and the Successor

Abu Bakr was more than a great believer, he was a kind-hearted, dedicated, influencer with so much to give. He spared no effort to help Islam and Muslims in every way. Let’s take a quick glance at his rich life to get to know the Prophet’s dearest companion.

Abu Bakr’s given name was Abdallah ibn Uthman Abi Quhafa. When he was a kid he loved playing with the camels’ calves and goats. His love for camels earned him the nickname “Abu Bakr” which means the Father of the Camel’s Calf. He loved poetry and used to attend the annual fair at Ukaz, and take part in poetical symposia. He had an exceptionally good memory and a good knowledge of the genealogy of the Arab tribes, their stories, and their politics.

Prior to Islam, Abu Bakr never worshipped the idols, and he practiced Hanif, he also never liked or drank wine. He was two years younger than the Prophet (PBUH). Abu Bakr was the first man to follow the Prophet’s message (PBUH). When the Prophet told him about the message and that he is the messenger of Allah, he didn’t stop, think or hesitate, he just gave in to Islam with determination and absolute surrender.

“I called people to Islam, everybody thought over it, at least for a while, but this was not the case with Abu Bakr, the moment I put Islam before him, he accepted it without any hesitation.”  – Prophet Muhammad (PBUH)

Abu Bakr’s faith was too strong to be shaken by absolutely anything. In the incident of Isra’a and Miraj, people were denying what happened and didn’t believe it.

The talk was going on when Abu Bakr came up. “Did you hear the news?” said one of the people. “He says that he took a trip to the highest heavens last night, talked with Allah, the Almighty. Would you believe it?”

“I would believe anything that the Messenger of Allah says,” replied Abu Bakr. When Muhammad (PBUH) heard what Abu Bakr said, he declared him “As-Siddiq” who is the one with sincere heart with no doubts and unconditional love.

As soon as Abu Bakr joined Islam he instantly began to preach. Among those who accepted Abu Bakr’s invitation to Islam were ‘Uthman, Az-Zubayr, Talhah, ‘Abdur-Rahman ibn Awf, Sa’ad ibn Waqqas and others who later became the pillars of Islam.

His Love for the Prophet (PBUH)

Love and sacrifice were the fundamentals of Abu Bakr’s relationship with the Prophet (PUBH). It was proven in countless situations one of them was when the Prophet was praying in Al Kaba’a and some of Makkah’s chiefs back then were sitting in the courtyard. Uqbah ibn Abi Mu’it (one of them) took a long piece of cloth like rope, put it around the Prophet’s neck, and twisted it hard to strangle him. When Abu Bakr was passing by, he saw the incident and ran to help the Prophet, he pushed Uqbah away and took the cloth from around the Prophet’s neck which provoked the gang to approach Abu Bakr and beat him aggressively, but all Abu Bakr cared about was the Prophet’s safety and well-being.

Abu Bakr was a wealthy man, and he didn’t spare a dime to help the prosperity of Islam. Some of his many noted situations were freeing slaves from the unbearable torture they faced. He used to buy those poor slaves and free them among whom was Bilal al-Habashi who later became the Mua’azin at the Prophet’s mosque in Madinah.

Then there is the most famous incident with the Prophet at Hera Cave when Abu Bakr was too afraid of what the Chiefs of Quraysh would do if they found them. In fact, the fear Abu Bakr had was not for himself but for the Prophet (PBUH), who comforted him and assured him that Allah was by their side and will never leave them. The Prophet’s words at once calmed him down; this was how strong Abu Bakr’s faith was. 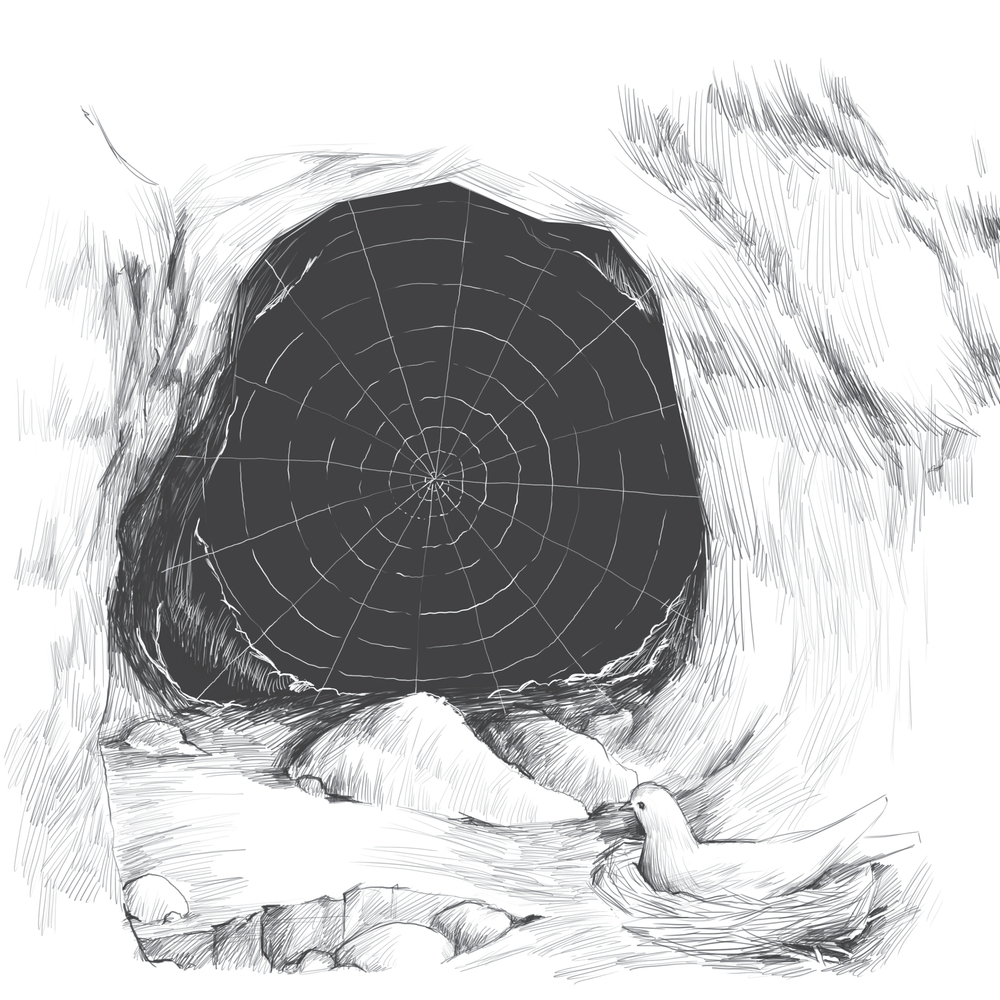 Abu Bakr in the Battles

Abu Bakr took part in all the battles with the Prophet (PBUH). He always fought alongside the Prophet with much devotion and love. One of his unforgettable moments was in Tabuk when he went home to collect everything he owned and his money and heaped it at the Prophet’s feet.

“Have you left anything for your children?” asked the Prophet. Abu Bakr then responded, “Allah and his Messenger are enough for them.”

Abu Bakr was mentioned in several verses referring to his humbleness, strength, qualities, and situations.

“He being the second of the two, When they were in the cave and when Muhammad said to his companion ‘Grieve not, surely Allah is with us,’ then Allah came to their help, and protected them with an army which they saw not”.

“Those who spend their wealth for increase in self-purification and have in their minds no favor from anyone, for which a reward is expected in return, but only the desire to seek the countenance of their Lord, Most High and soon will they attain complete satisfaction.”

“O People! If anyone among you worshipped Muhammad, let him know that Muhammad is dead. But those who worshipped Allah, let them know that He lives and will never die.”

After an illness of two weeks, Abu Bakr passed away. He was sixty-three at the time. He was buried by the side of the Holy Prophet.

Before his death he said, “Do not use new cloth to cover my dead body. The sheet of cloth I have on will do for me. Wash it clean.”

“But this is too old and worn, father,” said his daughter Aisha.

“This old and worn sheet will do for me,” he replied. 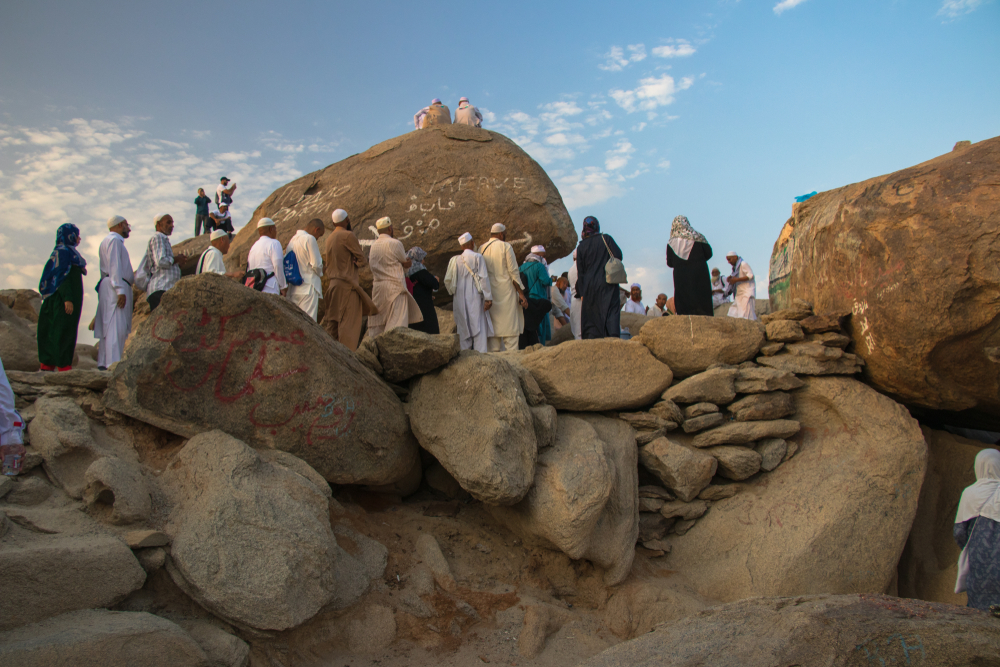 These were the characteristics of the down to earth, generous companion, who was the utmost believer, and the most dedicated to the service of Islam and the Prophet.